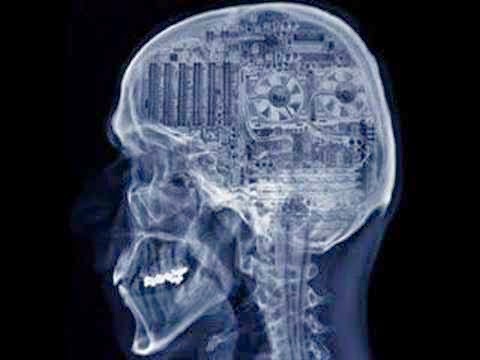 I recently purchased a new tablet computer to replace my antiquated netbook. Computer upgrades are usually accompanied by new operating systems. In my case, I was leaving behind Windows 7 and adopting Windows 8. Because the hardware is fundamentally different, so is the OS. I’m now interacting directly with a touch screen and not a mouse, so the actions and gestures are all new. This got me thinking as to how humans operate in the world. In order to function on this planet we require an operating system. This is our personal belief systems, our world view so to speak. This is something that is installed initially by our parents, but we upgrade the system with our experience, culture, religion, education and media consumption to name a few.
As we grow we develop this mental interpretation of what we believe we see around us. This is built on tenets of faith. Some are simple, such as believing that if I sit on a chair it will support my weight and I won’t fall on the ground. I have faith in chairs and seats. Others are less tangible, such as a belief in a creator God.
Whatever these tenets are, they all form part of the operating system. What I believe about something will change the way I behave in response. After 9/11, I believed the official story about Al Qaeda terrorists flying planes into buildings. I then felt uneasy about sitting next to people of “middle eastern appearance” in the train or standing next to rubbish bins at public events. In similar fashion to my computer’s operating system, everything I do on the computer is done through that particular software interface. It affects everything I do and how I do it.

People get used to their operating systems. They invest time learning commands and procedures, they experience success and failure. We become loyal to OS’s....are you a Mac or Windows user? It becomes a fashion statement….Mac for artists/Windows for nerds. Is it then any wonder that people get used to their OS’s and don’t want to change or upgrade? "I will have to learn a new system", "I have just gotten used to this one", "I like the look of this one", "I’ve got everything set up just how I like it", "It’s a plot to make us spend money on an upgrade" etc. Even if there are clear productivity gains to be had with an upgrade, many would still be on Window XP if they had any say in it. People can be resistant to change.

The process of maintaining your beliefs despite evidence to the contrary is called cognitive dissonance. You see it when someone refuses to acknowledge the death of a loved one. Or, "I can’t believe the local priest could be a child abuser", despite the multiple witness testimony. When it directly impacts on you, it’s even more pronounced. My wife wouldn’t cheat on me, despite the incriminating txt messages on her phone. If I believe that she is cheating on me, I would have to change my world view that I am happily married to a faithful wife and life is sweet. That would change everything very suddenly. See following vids on cognitive dissonance:
https://www.youtube.com/watch?v=korGK0yGIDo
https://www.youtube.com/watch?v=do6o57N_SVA
https://www.youtube.com/watch?v=gN-6nBs7sbI
Which brings me to 9/11. As an event, 9/11 has created more cognitive dissonance among the minds of the people than almost any other event. Many have been presented with the evidence and arguments that elements of the US government instigated the event or at least allowed it to happen. Many of these people even acknowledge that information as plausible. However, adopting the “conspiracy theory” view of the events of 9/11 creates such cognitive dissonance that many choose to “not go there”. Admitting 9/11 was a false flag attack effectively challenges the world view that the government is your doting father/mother figure. Government loves me, protects me, feeds me when I am hungry. They couldn’t do something to harm me. And yet the governments of history have a poor record when it comes to abusing and murdering its own children (citizens). Government is the leading cause of death to humanity. They are well and truly capable of false flag terrorist attacks on their own people. Look up Operation Gladio. Losing your faith in government is an operating system upgrade that makes you change platforms from Microsoft to Apple, not just upgrade from Windows 7 to 8. 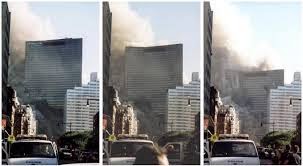 Those of us who have “woken up” cite 9/11 as the catalysing event. For me, this was the moment I saw the video of the collapse of WTC Building 7. That 8 seconds of video threw my world upside down. I went into cognitive short-circuiting just like Robbie the Robot in Forbidden Planet. If that building was deliberately demolished, it would have to be pre-planned. How could Al Qaeda have arranged that? It must have been "an inside job". At this point, you decide which pill you will swallow, the red pill (follow the rabbit hole and see where it goes) or the green pill (wake up safely tucked in your bed).
WTC 7 collapse in 8 seconds:
https://www.youtube.com/watch?v=LD06SAf0p9A
Which leads me to my point. "Born again" Christians claim to undergo a massive change of world view when they confess faith in Christ. Suddenly you are no longer seeing the world from a singular human point of view, but the convert now sees the world from a divine perspective. Everything looks different and it affects all you do. This is the OS upgrade that supersedes all others. This can create great cognitive dissonance for many. Jesus gave the parable of the sower, which described how some will not entertain dissonance whilst others will accept the upgrade, learn the new system, and become power users. Those Christians who have matured in their faith have successfully managed their cognitive dissonance experience.
Mature Christians should, therefore, of all people, be eminently capable of evaluating the claims of 9/11 Truth, work through the cognitive dissonance and manage the change of operating system. In my experience, however, the range of response is just like the parable of the sower. Some reject outright the notion that government is good and should be trusted and obeyed, a la Romans 13. Others accept the official 9/11 narrative to be bogus but cognitive dissonance comes along and snatches up the seed. Some grow in their understanding, but the eventual cost in terms of being labelled a "tin-foil hat wearing conspiracy theorist" is too much to bear and they stay quiet in the corner afraid to speak. And finally, those of us who have woken up, stared down our dissonance and have embraced the operating system upgrade as power users, would much rather stumble around in a darkened reality than to plug back into the dreamworld of the matrix.
Posted by sword of truth at 1:48 PM 5 comments: