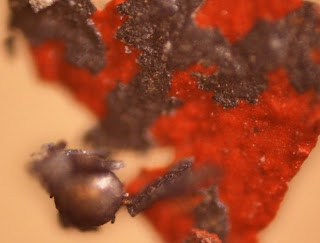 Prime Minister Julia Gillard recently described the views of trade union leader Kevin Bracken as "stupid & wrong". Mr Bracken has caused a stir in the mainstream media for daring to question the official 9/11 story and calling for a new investigation. In an ABC radio interview with Jon Faine, Mr Bracken was villified for his views and Faine's only strategy was to attack Bracken personally. At no time did Faine make any reference to science, forensic evidence or eyewitness testimony. Bracken, however, did make such reference.


listen to the interview

Science is the defined in Wiki as:

Science (from the Latin scientia, meaning "knowledge") is an enterprise that builds and organizes knowledge in the form of testable explanations and predictions about the natural world.

Here is a scientist. His name is Mark Basile. He studies materials as a career. He has repeated the studies done by Steven Jones and has drawn the same conclusions...nanothermitic materials are present in dust samples retrieved from 9/11. There exists the pre-ignited material in the form of small red and grey flakes as well as the by-product of thermitic reation...iron micro spheres. You can take the flakes, heat them up and they will ignite. The presence of this material can simply not be accounted for. Who's being stupid and wrong here???

Listening to Mr Basile he is clearly not stupid and it would take another scientist to prove he is wrong.

The official NIST report did not find such materials, simply because they didn't look for it. Why look for something that isn't there?

A reporter asked Michael Newman, a NIST spokesman, about this failure, saying: “[W]hat about that letter where NIST said it didn’t look for evidence of explosives?” Newman replied: “Right, because there was no evidence of that.” “But,” asked the reporter “how can you know there’s no evidence if you don’t look for it first?” Newman replied: “If you’re looking for something that isn’t there, you’re wasting your time . . . and the taxpayers’ money.”


If you look at the HeraldSun article you will notice that a reader poll was conducted.

The question: Do you think Kevin Bracken's comments were reasonable?

Therefore Julia Gillard thinks the overwelming majority of people are "stupid & wrong". She obviously thought only a handful of kooks distrust the official 9/11 story. She has now placed herself on the wrong side of history.

The subject of 9/11 truth is now in the political arena. Unfortunately, the serious, intelligent debate is yet to be had.