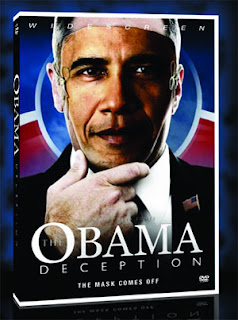 Three months ago, Obama was hailed as messianic saviour. His inauguration was on par with the Transfiguration of Christ.

Where are we now? By all accounts, it would appear that it's business as usual for the US government. Troops are still in Iraq, bankers are still raping the economy, the promise of cleaning out the cronies has been completely forgotten. Most Aussies would probably say "give the guy a fair go". Yes, we have a reputation for being good sports, but what we are watching now on the world stage is not for entertainment.

The most downloaded video on the internet at the moment is the Alex Jones movie "The Obama Deception". Woah, that's obviously a negative take on Obama. Three months ago, he could do no wrong. What has happened? Find out for yourself.

The Obama Deception
Posted by sword of truth at 1:23 PM